99 secrets girls have to know about guys 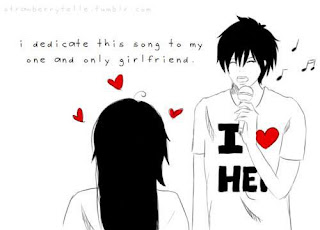 1. Guys don't actually look after good-looking girls. They prefer neat and presentable girls.2. Guys hate flirts.3. A guy can like you for a minute, and then forget you afterwards.

4. When a guy says he doesn't understand you, it simply means you're not thinking the way he is.

5. "Are you doing something?" or "Have you eaten already?" are the first usual questions a guy asks on the phone just to get out from stammering.

6. Guys may be flirting around all day but before they go to sleep, they always think about the girl they truly care about.

7. When a guy really likes you, he'll disregard all your bad characteristics.

9. Guys will do anything just to get the girl's attention.

14. Don't provoke the guy to heat up. Believe me. He will.15. Guys can never dream and hope too much.16. Guys usually try hard to get the girl who has dumped them, and this makes it harder for them to accept their defeat.17. When you touch a guy's heart, there's no turning back.18. Giving a guy a hanging message like "You know what?!.. uh... never mind!" would make him jump to a conclusion that is far from what you are thinking.19. Guys go crazy when girls touch their hands.20. Guys are good flatterers when courting but they usually stammer when they talk to a girl they really like.

21. When a guy makes a prolonged "umm" or makes any excuses when you're asking him to do you a favor, he's actually saying that he doesn't like you and he can't lay down the card for you.22. When a girl says "no", a guy hears it as "try again tomorrow."23. You have to tell a guy what you really want before he gets the message clearly.

25. Guys love their moms.26. A guy would sacrifice his money for lunch just to get you a couple of roses.27. A guy often thinks about the girl who likes him. But this doesn't mean that the guy likes her.

28. You can never understand him unless you listen to him.29. If a guy tells you he loves you once in a lifetime. He does.30. Beware. Guys can make gossips scatter through half of the face of the earth faster than girls can.31. Like Eve, girls are guys' weaknesses.32. Guys are very open about themselves.33. It's good to test a guy first before you believe him. But don't let him wait that long.34. No guy is bad when he is courting35. Guys hate it when their clothes get dirty. Even a small dot.36. Guys really admire girls that they like even if they're not that much pretty.37. Your best friend, whom your boyfriend seeks help from about his problems with you may end up being admired by your boyfriend.38. If a guy tells you about his problems, he just needs someone to listen to him. You don't need to give advice.

39. A usual act that proves that the guy likes you is when he teases you.40. A guy finds ways to keep you off from linking with someone else.41. Guys love girls with brains more than girls in miniskirts.42. Guys try to find the stuffed toy a girl wants but would unluckily get the wrong one.43. Guys virtually brag about anything.44. Guys cannot keep secrets that girls tell them.45. Guys think too much.

47. Girls' height doesn't really matter to a guy but her weight does!48. Guys tend to get serious with their relationship and become too possessive. So watch out girls!!!49. When a girl makes the boy suffer during courtship, it would be hard for him to let go of that girl.50. It's not easy for a guy to let go of his girlfriend after they broke up especially when they've been together for 3 years or more.51. You have to tell a guy what you really want before getting involved with that guy.52. A guy has to experience rejection, because if he's too-good-never-been-busted, never been in love and hurt, he won't be matured and grow up.53. When an unlikable circumstance comes, guys blame themselves a lot more than girls do. They could even hurt themselves physically.54. Guys have strong passion to change but have weak will power.

55. Guys are tigers in their peer groups but become tamed ****cats with their girlfriends.56. When a guy pretends to be calm, check if he's sweating. You'll probably see that he is nervous.57. When a guy says he is going crazy about the girl. He really is.

58. When a guy asks you to leave him alone, he's just actually saying, “Please come and listen to me"

59. Guys don't really have final decisions.60. When a guy loves you, bring out the best in him.61. If a guy starts to talk seriously, listen to him.

62. If a guy has been kept shut or silent, say something.63. Guys believe that there's no such thing as love at first sight, but court the girls anyway and then realize at the end that he is wrong.64. Guys like femininity not feebleness.65. Guys don't like girls who punch harder than they do.66. A guy may instantly know if the girl likes him but can never be sure unless the girl tells him.

67. A guy would waste his time over video games and basketball, the way a girl would do over her romance novels and make-ups.

68. Guys love girls who can cook or bake.

70. A guy has more problems than you can see with your naked eyes.

71. A guy's friend knows everything about him. Use this to your advantage.

72. Don't be a snob. Guys may easily give up on the first sign of rejection.73. Don't be biased. Try loving a guy without prejudice and you'll be surprised.74. Girls who bathe in their eau de perfumes do more repelling than attracting guys.75. Guys are more talkative than girls are especially when the topic is about girls.76. Guys don't comprehend the statement "Get lost" too well.77. Guys really think that girls are strange and have unpredictable decisions but still love them more.

78. When a guy gives a crooked or pretentious grin at your jokes, he finds them offending and he just tried to be polite.

79. Guys don't care about how shiny their shoes are unlike girls.80. Guys tend to generalize about girls but once they get to know them, they'll realize they're wrong.81. Any guy can handle his problems all by his own. He's just too stubborn to deal with it.

82. Guys find it so objectionable when a girl swears.83. Guys' weakest point is at the knee.84. When a problem arises, a guy usually keeps himself cool but is already thinking of a way out.85. When a guy is conscious of his looks, it shows he is not good at fixing things.86. When a guy looks at you, either he's amazed of you or he's criticizing you.87. When you catch him cheating on you and he asks for a second chance, give it to him. But when you catch him again and he asks for another chance, ignore him.88. If a guy lets you go, he really loves you.89. If you have a boyfriend, and your boy best friend always glances at u and it obviously shows that he is jealous whenever you're with your boyfriend, all I can say is your boy best friend loves you more than your boyfriend does.90. Guys learn from experience not from the romance books that girls read and take as their basis of experience.91. You can tell if a guy is really hurt or in pain when he cries in front of you!92. If a guy suddenly asks you for a date, ask him first why.93. When a guy says he can't sleep if he doesn't hear your voice even just for one night, hang up. He also tells that to another girl. He only flatters you and sometimes makes fun of you.94. You can truly say that a guy has good intentions if you see him praying sometimes.95. Guys seek for advice not from a guy but from a girl.

96. Girls are allowed to touch boys' things. Not their hair!

97. If a guy says you're beautiful, that guy likes you.98. Guys hate girls who overreact.99. Guys love you more than you love them if they are serious in your relationships.
Read More
0 Comments
Tag : 99 secrets girls have to know about guys, 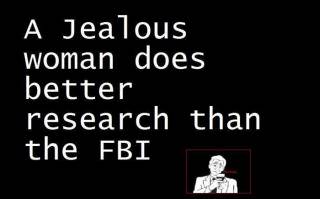 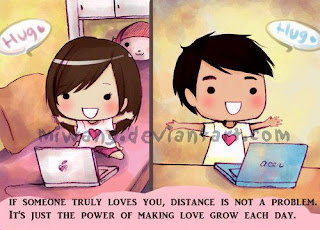 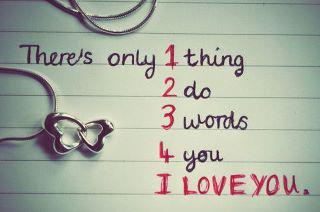 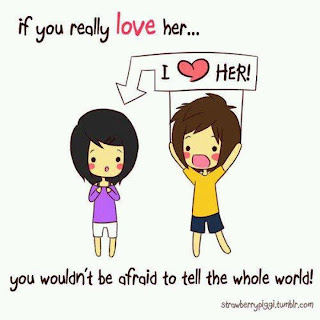 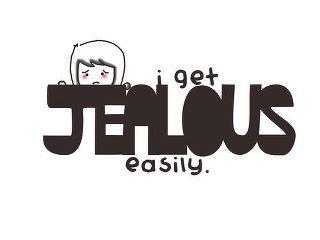 99 Ways to Love Your Mate 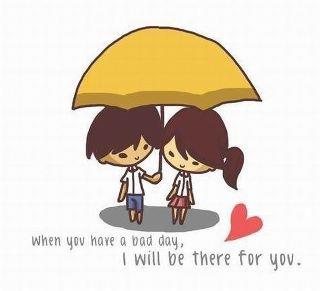 1. Hug them.2. Write a love note.3. Call them at work just to say "Hi."4. Give them a foot massage.5. Tell them a joke.6. Caress them with slow gentle strokes.7. Go for a walk with them.8. Send them a "happy gram."9. Admit your mistakes.10. Say: "I love you." 11. Indulge a whim.12. Listen to them talk about an interest of theirs.13. Be trustworthy.14. Instead of complaining, tell them what you would prefer.15. Look at them when you're in a discussion.16. Send flowers.17. Compliment something they did.18. Offer to help.19. Ask them to show you how to do something.20. Call when you are going to be late.21. Take them out to dinner.22. Write them a poem about how special they are.23. Cut out a cartoon they'll enjoy.24. Ask them what they'd like sexually.25. Go shopping together.26. Take an afternoon drive.27. Cuddle.28. Put your arm around them in front of others.29. Take them out on a surprise date.30. Do something they want to do.31. Listen.32. Plan a candle light dinner.33. Look at old photos together.34. Serve them breakfast in bed.35. Hold hands.36. Share sexual fantasies.37. Do a work project together.38. Rub their back.39. Take a shower together.40. Carry their photo in your wallet.41. Go away together for a weekend holiday.42. Kiss them.43. Smile more when you look at them.44. Go for a bicycle ride together.45. Surprise them with "special" attire.46. Plan a picnic lunch.47. Read something together about how to have a better relationship.48. Repeat what they say before answering.49. Say "Good morning" first.50 Ask if they have a few minutes first before interrupting.51. Send them a card.52. Surprise them with a gift when it's a non-holiday.53. Cook them a favorite meal.54. Try a new restaurant.55. Ask them how they feel.56. Let them know when you are proud of them.57. Ask for their opinion.58. Turn on some romantic music.59. Dedicate a song to them.60. Send them a balloon bouquet.61. Watch a sunset together.62. Play a game together.63. Have them teach you something they know.64. Tell them they have the night off.65. Go to a movie they select.66. Ask them for a hug.67. Wear some new cologne.68. Discuss future plans with them.69. Ask if you can help when they look sad.70. Ask them about their dreams.71. Meet them for lunch.72. Enlarge a scenic photo of a place you've shared.73. Give them a gift certificate for their favorite store.74. Tell them what you like about them.75. Buy them a new perfume.76. Take them to a scenic spot.77. Send them a gourmet gift basket.78. Send them a joke card.79. Let them know when you've thought of them during the day.80. Buy them a toy.81. Compliment them to their friends.82. Bring them a thirst quenching drink.83. Tell them when they look attractive.84. Send them a post card.85. Invite them to a secret rendezvous.86. Give them a massage.87. Take a lesson with them.88. Look at photos together of when you met.89. Plan a vacation with them.90. Listen openly to their opposing opinion.91. Buy them a new piece of jewelry.92. Watch a TV show they like with them93. Write them a letter.94. Listen to music with them, such as an old favorite.95. Whisper sweet nothings in their ear.96. Tell them what you like that they do.97. Give a head massage.98. Invite them to a concert.99. Let them know you care.
Read More
0 Comments
Tag : hug them, i love you, love joke, way to love your mate,
NEXT HOME PREV